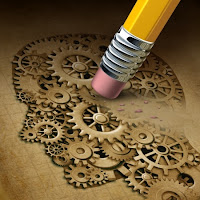 My words seem to dissolve before I can get them written. I think "Oh! I should really write about this." But when I sit before a keyboard, no words come to my mind. So please forgive the nearly a month that I have been away. I didn't realize that much time had passed.

My birthday has come and gone and I am now in the last year of my fifth decade. The Warrior and The Lost Child came to fix my breaks. Stormy took me to lunch. My work group gave me a nice gift basket with an Amazon gift certificate. I purchased a ball winder and a picture frame for the pretty card that they added.The Waif and The Arian came up the next week to take me to lunch and brought me a bouquet of fall flowers. My sister even called, then scolded me because I had answered while I was at work. Hmmm...she had to know that I was at work. I think she really just wanted to let me know that she remembered but didn't really want to talk. We do better with the idea of being sisters than we do with actually being them. But I was touched that she made the effort. Overall, I had a really nice day.

If Blogger wanted to give me a present, giving me more control over picture placement would be a good place to start.

I didn't do much over Labor Day weekend but sit and knit. I finished knitting The Boss's doll sweater but forgot to take a picture of it before I sent it off. I have gotten pretty far with The Red Headed Wonder's sweater. I just need to finish the bottom ribbing and the other sleeve, then I can tie up the loose strings  and get it to him. It is actually looking like it might be a sweater now. When I get through, I want to get The Waif's sweater done and make an ugly Christmas sweater out of the bright ombre that is on the ball winder above. I'm thinking, use the ombre as the body of a hooded cardigan with green sleeves and a red hood with a white pom-pom. What do you think, could it win a prize at a holiday party?

Speaking of knitting. I spent this past weekend going to the Georgia Fiber-Fest with The Lost Child. It was awesome. She wanted to go but usually isn't very good at festivals. She stands back and doesn't engage with anyone. The women at this festival not only got her talking, they were very encouraging to her. She really enjoyed learning to use a tapestry loom. Personally, I liked spinning. But the roving kept catching on my glove.  All the yarn at the festival was home grown and spun and was understandably exorbitantly expensive. We couldn't afford any of it. But on the way home we stopped at Walmart so I could buy The Lost Child a circular needle and some yarn. I taught her to knit in the round. She's done okay with it.

The Warrior and I took a drive around the main base during the afternoon. I live there when I was six years old. It is the first neighborhood that I totally remember. The apartment that I lived in is still there, as is the first elementary school that I attended. It dawned on me as we were driving around that it's been 50 years and yet, I still remembered details, like the path that I took walking to school and my address. I can't tell you what I ate for lunch on Friday, but I certainly do remember specifics from my childhood. Memory is a funny thing.

I managed to sleep away another weekend. I knew by Wednesday of last week that I was overwhelmingly tired, but I didn't realize the extent. Friday through Saturday I slept 14 hours. Saturday night though Sunday I slept another 15. If you add in the 7 hours the score ends up like this. I got 52 hours this weekend and I ended up sleeping through 35 of it. I know that my body needs it. I know that without it I will crash and burn. But there is so much more that I wish I had the strength to do. Every Friday I get asked what my plans are for the weekend. I make up lies for my co-workers so they won't know how bad things are. Things are bad. I should go back to my doctors, but it seems useless to me. 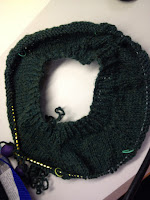 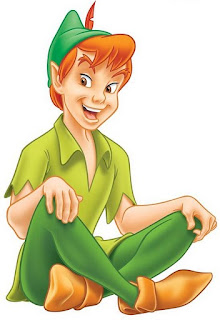 In the hours that I was awake, I watched Olympic swimming and gymnastics. I got the baby sweater mostly finished and decided that I'd rather just finish The Red-Headed Wonder's sweater. I had started it bottom-up. But after doing a few of the seamless top down sweaters I know this is the way I want to approach this project. I took out about 13 inches of knitting and started over again. I am using the Flax pattern by TinCan Knits. It is a free pattern on Ravelry. I am following it fairly closely, but not working the garter stitches, as I feel that it really doesn't add anything to the sweater. All I really want is a good basic sweater. This pattern offers it and it is adapted to fit a large variety of sizes from newborn to an adult male. I have made pretty good progress on the yolk. I am a little more than half way through it. I am using Lion Brand Wool Ease in Hunter Green. I think the color will look very nice on Red. I decided on a wool blend because the child refuses to wear a jacket, even in the dead of winter. I understand that it doesn't get below zero in the southern Alabama town he is growing up in, but it does get cold enough to need a winter jacket. As soon as I finish this sweater I will take the Waif's sweater. I hope to have both sweaters done before the cold weather sets in.

Posted by Hope at 10:17 AM No comments: Links to this post

The Waif, The Grump and a Free Hat Pattern

The Waif had lunch with me last week. I was finally able to make her understand that paying for her car insurance after the DUI she got last week is bankrupting me. She wants us to go visit The Boss and Smiley, but I don't have any money. I also don't have any more vacation time to take this year. She agreed that she will get insurance for herself, but that I will help her by giving her $200 a month to pay for it for another year. I hope that will help her not be stranded. That is about one week's worth of what I now pay for her insurance. She agreed, but so far she hasn't done anything about getting her insurance. 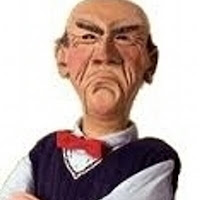 The Grump was in town last week. He was on his way to Oklahoma for a goodbye visit with his mother. Her dementia has gotten bad, and it is either go now or don't go at all. He had wanted to meet up with The Waif in South Carolina, but she was already here, staying with The Arian. He added about 150 miles to his trip to come by and take them to dinner. I'm not sure if he stayed the night or not. He did not bother me this time, which I am grateful for. 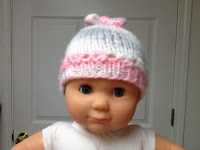 Usually, when The Grump comes into town he insists on "family" dinners. I am in no mood for it presently. After years of forced congeniality for the children's sake, I no longer have to be nice. I can choose to be, but it isn't a demand. But now he wants to be Facebook besties and he's pushing all my buttons in his efforts. He comments on everything I post, and his comments jump on my last nerve. I posted a picture of this baby hat that I designed to be given as a shower gift. He posted "That's your creativity coming through." I took it as if he was trying to compliment me. But the whole 22 years that we were married, he never appreciated my creativity. He complained about each and every project that I ever did. I'm pretty sure that if we were still married he'd be complaining that I bought a doll at Goodwill to model the things that I make.

The hat is a basic cap. I used Bernat Baby Sport. I started with casting on 63 stitches divided onto three US size 5 double point needles and joined them in the round.
I did 8 rows of K2, P1 ribbing.
Row 9 is purled.
Row 10 is *K1, YO, S1, K1, PSSO* repeat to end.
Row 11 is purled. I knitted stockinette stitch for 4 inches.
The decrease is:
Row 1: *K3, K2 tog* repeat to end
Row 2, and all even numbered rows are purled
Row 3: *K2, K2 tog* repeat to end
Row 5: *K1, K2 tog* repeat to end
Row 7: K2 tog, repeat to end
Row 8: Cut yarn and slip through all remaining stitches. Pull yarn to the wrong side of the hat. Secure the yarn by slipping it through 2 or 3 stitches and knotting.
The bow is made by casting on 12 stitches evenly on the double pointed needles leaving a long tail. Knit in the round for 8 rows. Cut the yarn about 18 inches from the bow. Wrap the two long tails around the center of the bow and tie, Continue wrapping the tails around the center of the bow until you have a thick center. Tie the tails on the underside of the bow and pull them through to the underside of the hat. Tie the tails to the bow to the tail of the hat and knot tightly. Sew up all tails.

It's a basic hat with a simple flourish. I'd be remiss if I claimed to own it. I'm sure that others have done this same thing as there is nothing new under the sun. If you like it, you are free to make it and share it with your friends. I'd be honored if you share my blog too.

Posted by Hope at 7:43 PM No comments: Links to this post